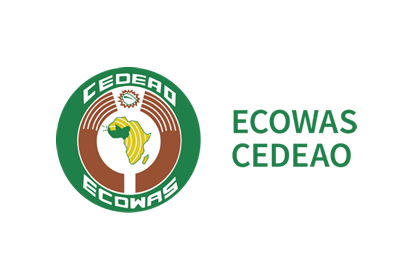 Nouakchott, 25 August – Some 50 participants from seven countries in the Western Sahel and Lake Chad Basin took part in an interactive training on integrating disaster risk reduction and climate change adaptation into development decision-making in Nouakchott, Mauritania, on 23–25 August, the first of its kind in West Africa, at the invitation of the United Nations Development Programme (UNDP) and Sweden in partnership with the ECOWAS Commission.

“In practice, disaster risk reduction and climate change adaptation complement each other; they are two sides of the same coin with a common goal, which is to reduce the vulnerability of communities to current and future extreme weather events,” explained Anna Tjärvar, Counsellor at the Swedish Embassy in Addis Ababa and Programme Officer for Environment, Climate Change and Renewable Energy in a video address.

The high costs of the impacts of disasters and climate change related to droughts, fires, floods, and epidemics justify a different approach to development that considers the multiple underlying risks to which people are exposed.

For this training, the Sahel Resilience Project supported by Sweden partnered with the UNDP Regional Bureau for Africa, UN agencies such as FAO and Unicef, and regional institutions, namely the African Union and ECOWAS Commissions and the Niamey-based AGRYMET/CILSS climate centre to help build the capacity of government officials in seven partner countries from the Sahel.

“The training is timely as countries prepare for COP27 on climate change, where climate risk and development issues will be widely discussed,” Mr. Fall underlined.

“Climate variability and extreme events are now major risks to sustainable development, and there is compelling scientific evidence that these threats will accelerate in the coming decades,” said Mohammed Ibrahim, Head of the Disaster Risk Reduction and Humanitarian Affairs Division at the ECOWAS Commission in Abuja.

“The integration of climate risk management into development planning and decision-making processes is now making it possible to exploit the synergies between development, climate change adaptation and disaster risk reduction,” added Mr. Ibrahim.

The approach introduced to participants at the Nouakchott training was developed by UNDP Crisis Bureau and Bureau for Policy and Programme Support in response to repeated requests for practical guidance on integrating disaster risk reduction and climate change adaptation into development and the 2030 Agenda.[3]

As a long-term strategic process, risk-informed development aims to integrate disaster and climate risks into development planning and budgeting processes at national, sub-national and sectoral levels. It recognizes the complexity of risk contexts, which are also characterized by insecurity, epidemics, and economic volatility.

At the end of the three-day training, participants return to their respective countries in the Western Sahel and the Lake Chad Basin with a menu of concrete actions to advance risk-informed development in line with the African Union’s Agenda 2063.