Fight against cybercrime: ECOWAS Commission hands over equipment to Benin to boost its police capacity

Fight against cybercrime: ECOWAS Commission hands over equipment to Benin to boost its police capacity

The ECOWAS Commission on Tuesday, 1st February 2022, officially handed over digital forensic laboratory equipment to the Government of Benin. The ceremony took place in the premises of the National Agency for the Security of Information Systems (ANSSI), an agency attached to the Presidency of the Republic and which coordinates all activities related to cybersecurity and the fight against cybercrime, in the presence of representatives of the Ministry of the Interior and Public Security, the Ministry of Foreign Affairs and Cooperation, and the Ministry of Digitalization. The ceremony was also attended by officials of the project “Organised Crime: West Africa’s Response on Cybersecurity and fight against cybercrime” (OCWAR-C) and the European Union, which is funding the project. 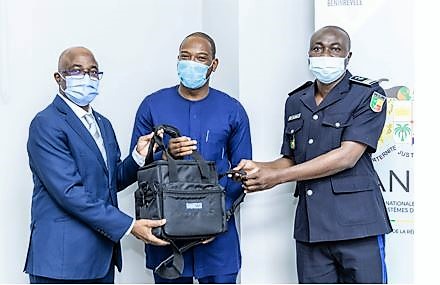 The Director General of ANSSI, in his opening remarks, welcomed the various delegations and expressed Benin’s gratitude to the ECOWAS Commission which responded favourably to the request made by the Government within the framework of the OCWAR-C project to strengthen the operational capacity of ANSSI. He recalled that cybersecurity is a priority for the high authorities of Benin.

Mr. Zouli Bonkoungou, ECOWAS Commissioner for Telecommunications and Information Technology, on behalf of the President of the ECOWAS Commission, H.E. Jean-Claude Kassi Brou, noted that the increased use of digital technologies has led to the presence of more malicious actors who exploit the vulnerabilities of the internet to their own advantage. These illegal activities have resulted in a financial loss of US$6 trillion by 2021 globally, US$2 billion in Sub-Saharan Africa and millions of US Dollars to several ECOWAS Member States. He also commended the efforts already made by the Government of Benin in the fight against cybercrime and the strengthening of its cyberspace and urged it to make good use of the equipment in order to achieve the desired objectives in terms of digitalisation. He finally thanked the European Union for its financial support, Expertise France, the implementing agency of the OCWAR-C project, as well as the different partners involved in the project. 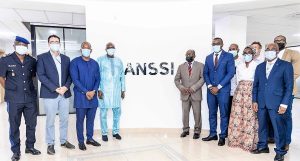 In his speech, the Head of the Central Office for the Repression of Cybercrime (OCRC) said he was very pleased because the police officers will not only see their capacities strengthened in the field of forensic digital investigation, but also that the tools received will facilitate the identification, preservation, examination and analysis of forensic digital evidence obtained from crime scenes and will assist in national and international cooperation.

The Deputy Director in the Office of the Minister of Foreign Affairs and Cooperation, on behalf of the Minister, recalled the texts adopted and the agencies established by the Government of Benin to enhance the security of its cyberspace. He welcomed the implementation of the OCWAR-C project, which will undoubtedly contribute to reducing financial losses linked to cybercrime in Benin.

The Secretary General of the Ministry of Digital Affairs and Digitalisation, on behalf of the Minister, thanked ECOWAS and the European Union for their commitment to support Benin and all Member States in the fight against cybercrime. He also recalled the efforts of ANSSI, and finally stated that cybersecurity and the fight against cybercrime are important priorities in Benin’s national digital security strategy, while assuring ECOWAS that the equipment received will be put to good use.

This official handover of forensic digital laboratory equipment was followed by a visit of ANSSI and a technical meeting with stakeholders to validate the 2022 work plan for the ECOWAS Commission’s support to Benin in order to contribute to the strengthening of cybersecurity and the fight against cybercrime in West Africa.