The Agreement establishing the African Continental Free Trade Area (AfCFTA), which entered into force in May 2019, includes a Protocol on the Settlement of Disputes between States Parties regarding their rights and obligations under the AfCFTA. To date, 54 out of the 55 member States of the African Union (AU) have signed the Agreement establishing the AfCFTA and 41 AU Member States (including 12 ECOWAS Member States) have deposited their instruments of ratification with the African Union Commission.

On behalf of Mr. Tei KONZI, Commissioner for Trade, Customs and Free Movement, Mr. Kolawole SOFOLA, Acting Director for Trade recalled that although the AfCFTA negotiations are driven by Member States, the ECOWAS Commission continues to play a coordination role as directed by the ECOWAS Heads of States and Government. As a result, he reiterated the commitment of ECOWAS to providing continual support to its Member States in both the negotiation and implementation of the Agreement.

In her remarks, Ms. Vivian OPOKU-AGYAKWA, representing the Republic of Ghana, and Chair of the Meeting, welcomed the participants and expressed her appreciation to the ECOWAS Commission for organizing the meeting which would allow the region to have a common approach in issues related to the Dispute Settlement Mechanism of the AfCFTA. She stressed the importance of active participation by ECOWAS Member States at the negotiation forum in order to ensure that their concerns are taken into consideration.

The 2-day Meeting considered presentations from the WTO Secretariat, ECOWAS Commission, ECOWAS Community Courts of Justice and the AfCFTA Secretariat. The 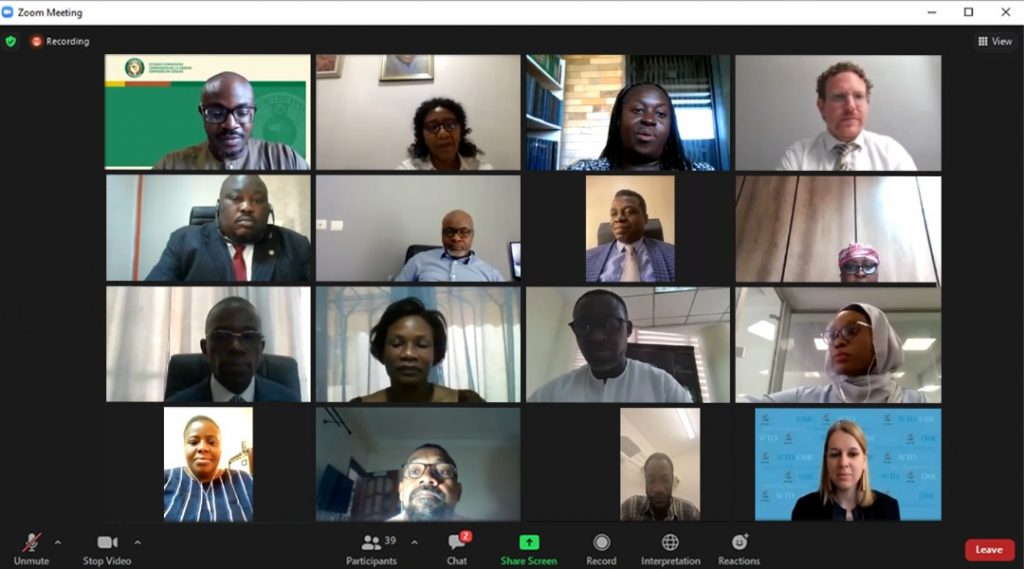 presentation by the WTO Secretariat focused on the central role of the WTO Dispute Settlement Body in administering the dispute settlement process on WTO Agreements,

as well as the role of different actors in dispute settlement proceedings.  The ECOWAS Commission and the ECOWAS Community Courts of Justice (ECCJ) presented avenues for the settlement of commercial and trade disputes in West Africa both at the national and regional levels. Whilst the presentation by the AfCFTA Secretariat presented the provisions of the Protocol on Rules and Procedures Relating to the Settlement of Disputes in the AfCFTA and its current status of implementation.

After the presentations and deliberations, the meeting made a number of recommendations with a view to improving the functioning of the dispute mechanisms at national, regional and continental levels.

The First (1st) Regional Meeting on the African Continental Free Trade (AfCFTA) Dispute Settlement Mechanism was attended by representatives from Ministries responsible for Trade and Justice in Member States. Also in attendance were representatives from the World Trade Organization (WTO), the African Continental Free Trade Areas (AfCFTA) Secretariat, as well as the Commission of the Economic Community of West African States (ECOWAS).