Freetown, March 28, 2021 – ECOWAS through the Department of Industry and Private Sector Promotion has convened a meeting of stakeholders from Liberia and Sierra Leone on the ECOWAS Green Enterprise Village Project. The meeting held at the Bintumani Hotel in Freetown, Sierra Leone from 24th to 27th March 2022 was aimed at sensitizing the two countries on the concept and modalities for establishing the ECOWAS Green Enterprise project which seeks to unlock the potentials of the zone towards creating employment and jobs as well as contribute to the local economic transformation. 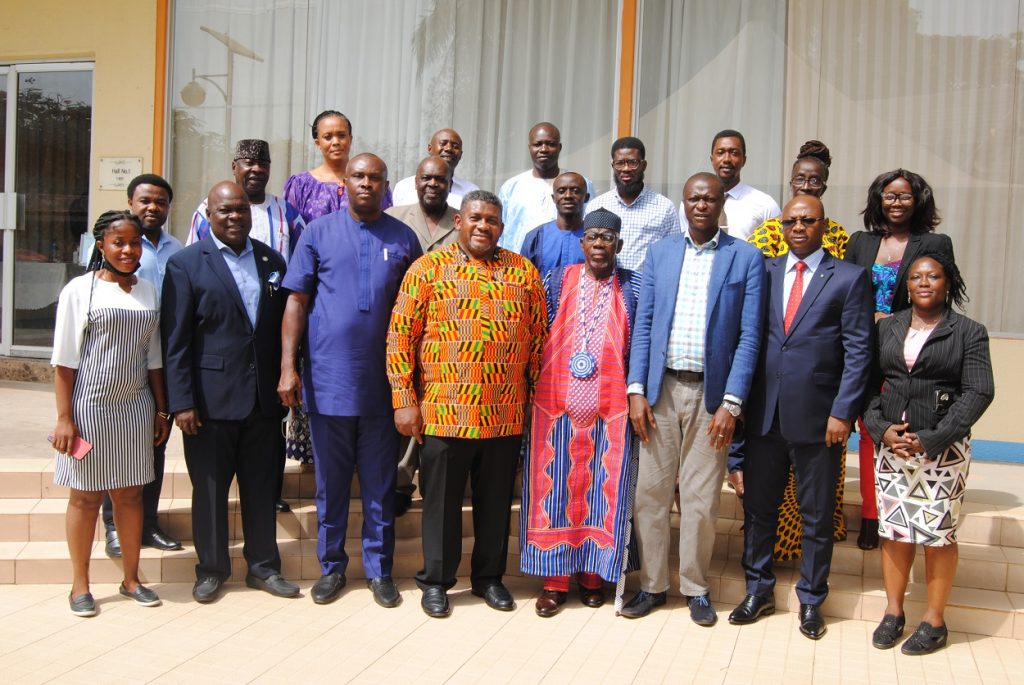 Addressing the opening session, the ECOWAS Commissioner for Industry and Private Sector Promotion, Mr. Mamadou Traore, represented by the Acting Director, Private Sector, Dr. Tony Luka Elumelu, recognized the presence of the Head of the Traditional Council of Liberia, Chief Zanzar Karwar and espoused the importance and timeliness of the meeting. He called on the stakeholders to take ownership of the project and work towards exploiting the situation for the development of appropriate technology that will provide sustainable energy for enterprises, create jobs for the youths, strengthen regional integration and cooperation between the two countries as well as prepare the region for competitiveness in the continental free trade regime.

Explaining the details of the project to the meeting, the Head of Division, Business and Enterprise Promotion, Dr. Enobong Umoessien noted that the project was conceived to solve the twin challenges of poor enterprise capacity and value chains development occasioned by poor energy access in the ECOWAS region. He said that the project will produce independent renewable energy from livestock (poultry) bio mass to power enterprises who will be the main residents in the village. He noted that the project is expected to be sited at the border zone to serve the population of the two countries primarily and ECOWAS population generally. He further added that the project is intended as a Private Public Partnership (PPP) which will stimulate multiple value chains and supply chains development to reduce risk and promote competitiveness as well as attractiveness to investors and the business community.

In their remarks, the leaders of the delegations from the two countries, Mr. Benedict Roberts, Head of ECOWAS National Unit Liberia and Madam Mamie-Miatta Kallon, Head of the Sierra Leone National Unit, thanked the ECOWAS Commission for the choice of Liberia and Sierra Leone for the Pilot Scheme and recalled the various interventions of the ECOWAS Commission in the zone that has yielded positive results. They especially welcomed the idea that the project will be a stand-alone sustainable enterprise community due to the biogas renewable energy source which will guarantee uninterrupted business operations.