Lomé, Togo, 18 March 2022; The ECOWAS Commission organised, on 17 and 18 March 2022 in Lomé, Togo, a regional workshop to validate the data collection report on the study for the selection of villages and the proposed implementation strategy for the Regional Electrification Project for 20,000 villages in West Africa (PRODEL20000).

The objective of the workshop was to review and validate the data collection report. Specifically, it afforded an opportunity to discuss the following issues: (i) compliance and completeness of the data and information collected; (ii) comprehensive analysis of the data received; (iii) proposed country distribution of number of villages. The workshop also served as a platform to collect missing information and data from Member States. 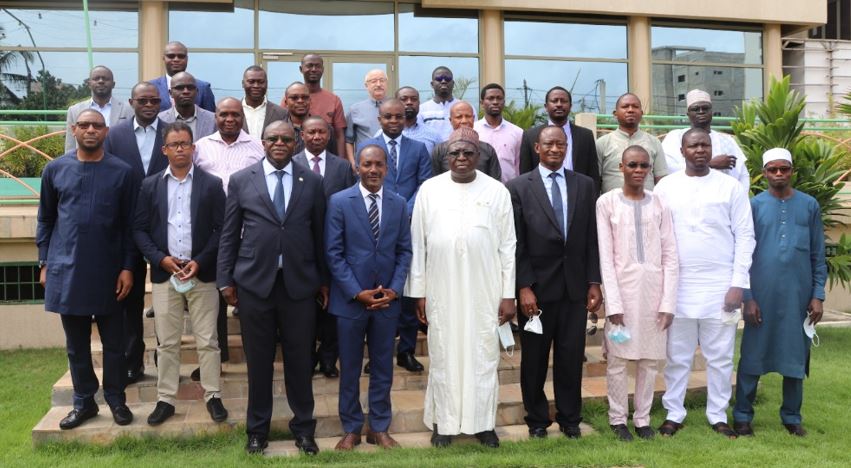 The opening ceremony featured an address by Mr Sédiko Douka, ECOWAS Commissioner for Energy and Mines, and an opening statement by Mrs Mawunyo Mila Ami Aziable, Minister of State at the Office of the President of the Republic in charge of Energy and Mines, represented by Mr Robil Nassoma, Managing Director of the Togolese Rural Electrification and Renewable Energy Agency (AT2ER).

In his introductory remarks, Mr Sédiko Douka stated that access to energy is an essential component of economic and social development. However, despite a huge potential in fossil and renewable energy, West Africa has persistent energy deficits: the region’s resources are unevenly distributed and under-exploited, leading to a demand coverage of 60%, which makes energy consumption per capita low compared to the rest of the world, as well as access to electricity representing only 50%. In other words, 3 out of 10 Africans who do not have access to electricity are West African citizens.

In the face of this challenge, the ECOWAS Commissioner noted that one of the key initiatives taken by ECOWAS was to make access to energy a priority for the region. Accordingly, the ECOWAS Commission developed with the assistance of Member States, a ” West African Rural and Peri-urban Electrification Master Plan” adopted in 2018 by the Heads of State and Government and whose implementation has been supported by several technical and financial partners, mainly the World Bank and the African Development Bank in order to initiate several projects to enable thousands of communities in the region to have access to electricity.

However, according to the Commissioner, much remains to be done in the region to achieve universal access to electricity. It is precisely this concern for access to electricity for all that led ECOWAS to launch the Regional Electrification Project for 20,000 villages in the ECOWAS region (PRODEL20,000), with an estimated provisional cost of US$2.7 billion, involving the 15 ECOWAS Member States, said Mr Sédiko Douka.

Finally, the Commissioner added that the project complements the efforts of Member States in the area of electrification. It is a large-scale project that will prioritise access to energy for households, but also for healthcare centres, water pumping units , small businesses and  information technology from off-grid applications (solar photovoltaic kits, modular solar systems for rapid deployment, etc.), and/or network upgrade and expansion. Once implemented, the project would enable the region to reach a 70% access rate within the next 10 years.

In his opening statement, the Managing Director of AT2ER, representing the Minister of State for Energy and Mines, expressed appreciation for the choice of his country to host this important regional meeting and commended the quality of cooperation between ECOWAS and his country in all areas, particularly with respect to energy.

The Minister’s representative disclosed that in the ECOWAS region, energy consumption per capita is one of the lowest in the world, with an average of 152 kWh/inhabitant/year and nearly 180 million people who do not have the privilege of being connected to power. He then stated that the magnitude of the challenges requires that this issue be addressed with new paradigms, a genuine political will, and the mobilisation of significant investments not only for the preparation of projects but also for their implementation.

Mr Robil Nassoma, continuing his statement, noted that in a bid to increase access to electricity, it is necessary to take into account the remoteness of rural communities, thus calling for the need to focus on the use of renewable energy, particularly off-grid electrification, in order to make a significant impact in rural areas. It is encouraging that PRODEL 20000 takes this aspect in account, as this will ensure that the need for expansion of electrification is adapted to regional realities.

Lastly, the MD of the Togolese Rural Electrification and Renewable Energy Agency concluded his statement by urging the workshop participants to objectively examine and enrich the report submitted to them, in order to ensure that PRODEL20000 becomes a successful initiative.

At the end of the two-day workshop, the data and information collected by the Consultant were reviewed, improved and validated by Member States, while new information and technical data were provided.

The workshop was attended by experts from ECOWAS Ministries of Energy, representatives of Member States’ national rural electrification companies/agencies, experts from the ECOWAS Directorate of Energy and Mines and specialised agencies, namely WAPP, ECREEE and PPDU..