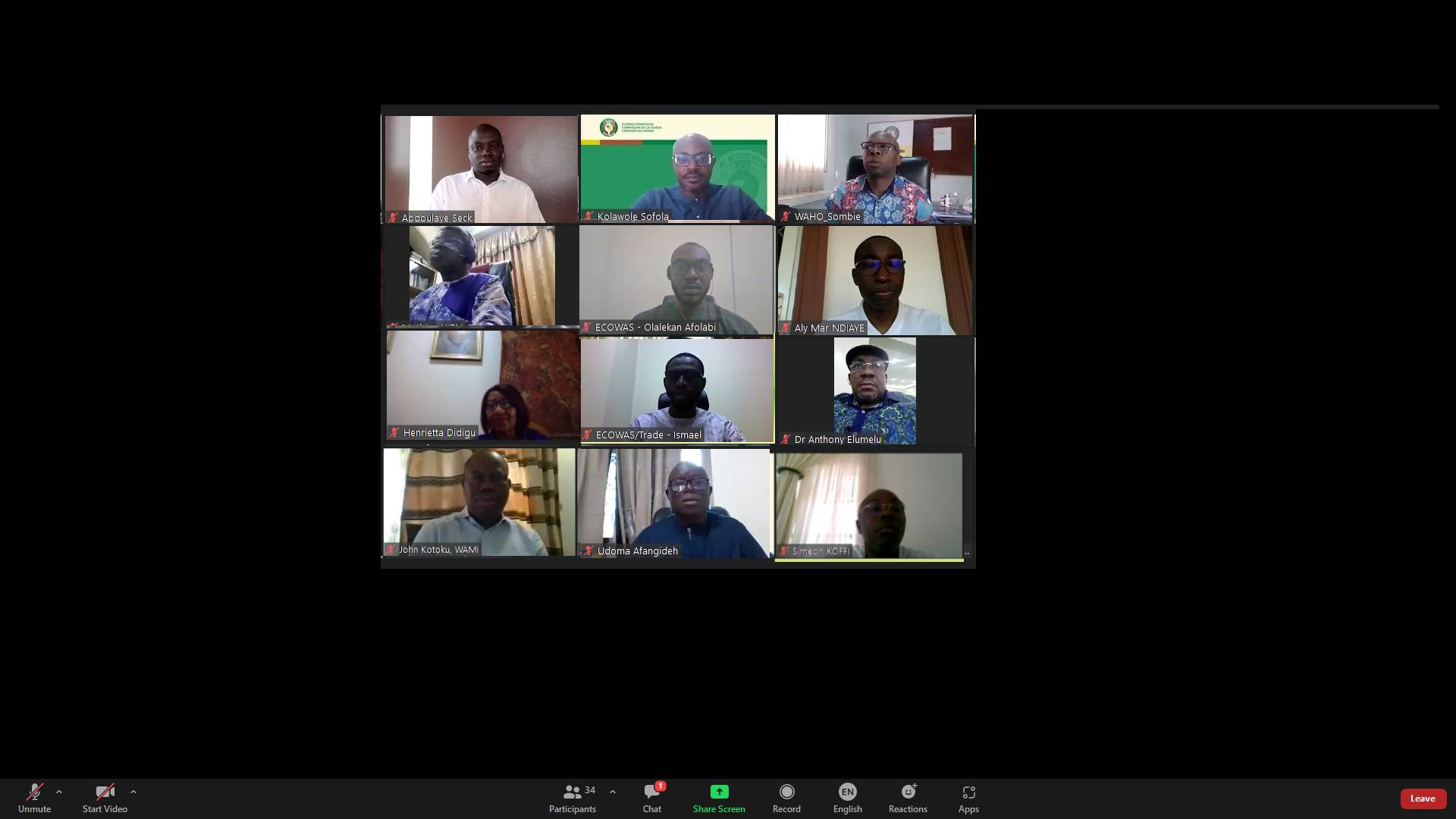 Abuja, Nigeria, October 13, 2022. The Department of Economic Affairs and Agriculture of the Economic Community of West African States (ECOWAS) Commission, through the Directorate of Trade, organised the 2nd virtual meeting for ECOWAS Institutions and Specialised Agencies on the African Continental Free Trade Area (AfCFTA) on 13th October 2022.

The objective of the meeting was to keep ECOWAS Institutions and Specialized Agencies informed of the status of the negotiations, as well as the levels of achievement and implementation of the AfCFTA Agreement. The meeting also provided the opportunity for discussion on the roles of all ECOWAS Institutions with regards to the implementation of the different aspects of the AfCFTA Agreement.

On behalf of Mrs. Massandje Touré-Litse, Commissioner of Economic Affairs and Agriculture, ECOWAS Commission, Mr. Kolawole SOFOLA, the Acting Director of Trade welcomed participants to the virtual meeting. He noted that the creation of a single continental markets for goods and services, with free movement of business, people and investments, would help in no small measure to bring deeper integration and turn the 55 single African economies into a more coherent, larger single market.  On its part, the Management of ECOWAS is taking concrete steps to ensure that the region benefits optimally from the gains of the AfCFTA, notably among this, is the strengthening of the role of the ECOWAS Commission in coordinating Member States’ position to preserve the ECOWAS acquis and supporting the operationalization of the Regional Implementation Strategy of AfCFTA.

The meeting, which considered the status of AfCFTA negotiations; the draft regional implementation strategy of AfCFTA; and the role of ECOWAS Community Institutions, noted that some Member States are yet to ratify the AfCFTA Agreement, and reiterated the support of the Commission to the Member States to ratify and deposit their instruments of ratification with the African Union Commission. This is to ensure that all Member States begin the implementation of the agreement at the same time which is a requisite to preserve our regional achievements such as the ECOWAS Common External Tariff (CET).

Currently, 54 of the 55 African countries have signed the AfCFTA agreements which includes all ECOWAS Member States. Furthermore, 44 African countries are now State Parties by virtue of their ratifications and deposit of their instruments of ratification with the African Union Commission. For the ECOWAS region, 13 of our Member States are State Parties. The 13th Extra Ordinary Session of the Assembly of the African Union (AU) announced that trade in goods under the AfCFTA will start from 1 January 2021.