Dakar, November 7, 2022 – The ECOWAS Commission through the Directorate of Trade in collaboration with the European Union (EU) through GIZ has commenced a five-day capacity building programme for journalists in selected Francophone and Lusophones counties in West Africa on World Trade Organization (WTO) Trade Facilitation Agreement (TFA) and the African Continental Free Trade Area (AfCFTA) agreement. The event which is taking place in Dakar, Senegal from the 7 to 11 November 2022 is meant to educate and inform the media, being a critical partner, on the efforts of Member States in the implementation of trade agreements. Among the objectives of the training programme are to support trade journalists to develop their understanding of the trade agreements, to build their capacity to report and provide critical inputs on trade facilitation policy and to promote regional multi-stakeholder dialogue on issues relating to regional, continental and WTO trade policies and agreements.

In her opening address, the ECOWAS Commissioner for Economic Affairs and Agriculture, Madame Massandjé Toure-Litse, whose speech was delivered by the Programme Officer, Informal Trade and Competition, Dr. Sacko Seydou, welcomed participants to the capacity building programme and convened the warm greetings of the President, H.E Dr. Alieu Omar Touray. She said trade facilitation is at the heart of ECOWAS regional integration and form a critical component of the ECOWAS Vision 2050. She reiterated the commitment of ECOWAS towards the implementation of various trade protocols particularly the WTO Agreement on Trade Facilitation which was ratified by the two-thirds of the 164 WTO Members. At the continental level, she noted the entry into force of the Agreement on the African Continental Free Trade Area (AfCFTA) whose objective is to create a single continental market for goods and services while ensuring the free movement of businessmen and investments in the region. She opined that a better understanding of TFA and AfCFTA by the media will help in bridging the information gap as well as raising awareness of the importance of these trade agreements in stimulation economic growth in the sub-region.

The component leader for GIZ, Mr. Matthieu Segard, in his speech, said GIZ is honoured to accompany the ECOWAS Commission and Member States in their various economic integration initiatives and to build understanding of the public in these programmes and projects. He noted that GIZ through the  Trade  Facilitation West Africa Programme (TFWA) funded by the European Union (EU) has been working with stakeholders to improve trade and investments in the sub-region and added that GIZ’s support measures often require collaborative efforts with journalists, public and private sector partners in carrying out targeted activities to achieve set objectives. He further stated that with new trade agreements and protocols, it is necessary for stakeholders to be aware of these emerging trends and to understand the implications for the national economy. He reiterated the commitment of GIZ to strengthening regional integration for the achievement of ECOWAS Vision 2050.

The capacity building workshop which is the first batch of training for journalist ends on Friday 11 November 2022 had in attendance journalists drawn from five member states in the ECOWAS sub-region namely Guinea, Mali, Benin Republic, Guiné–Bissau and Cabo Verde. 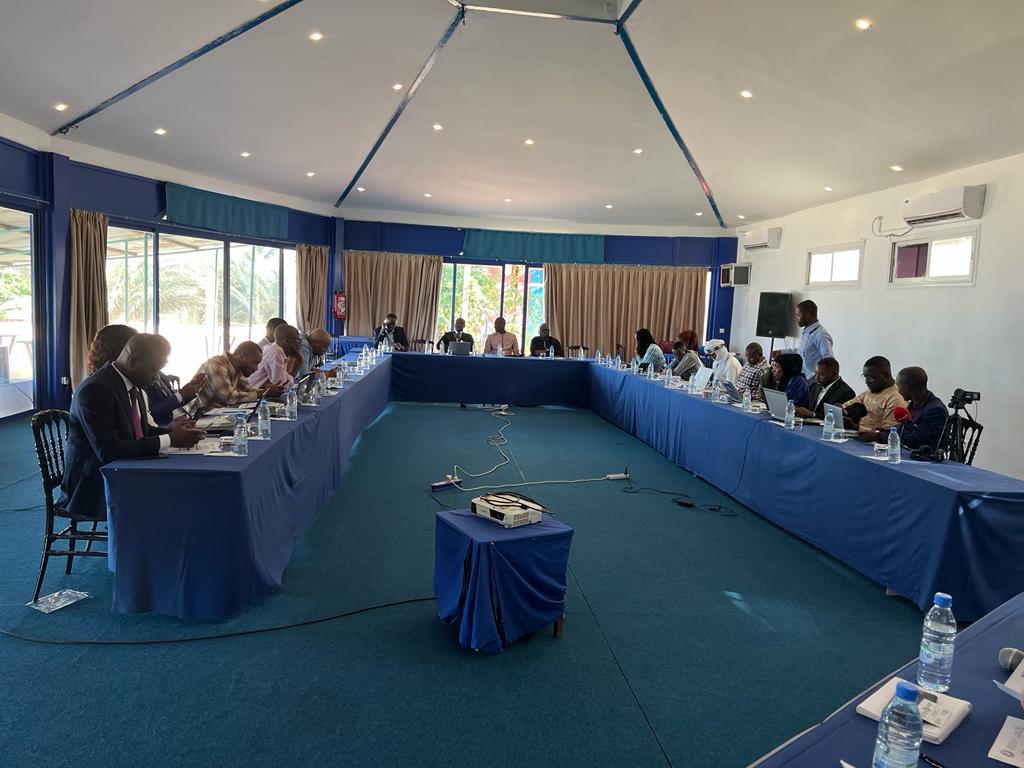 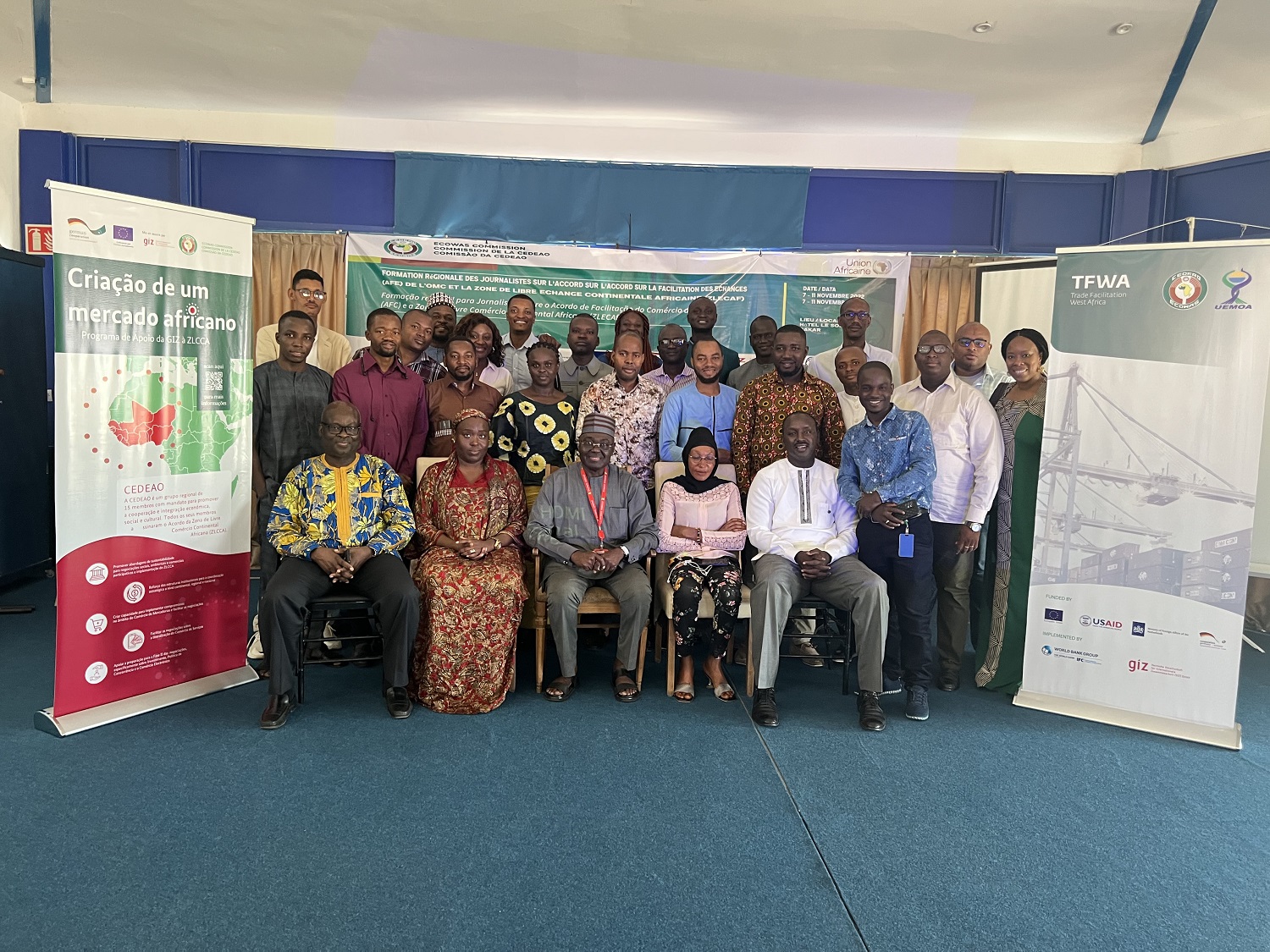 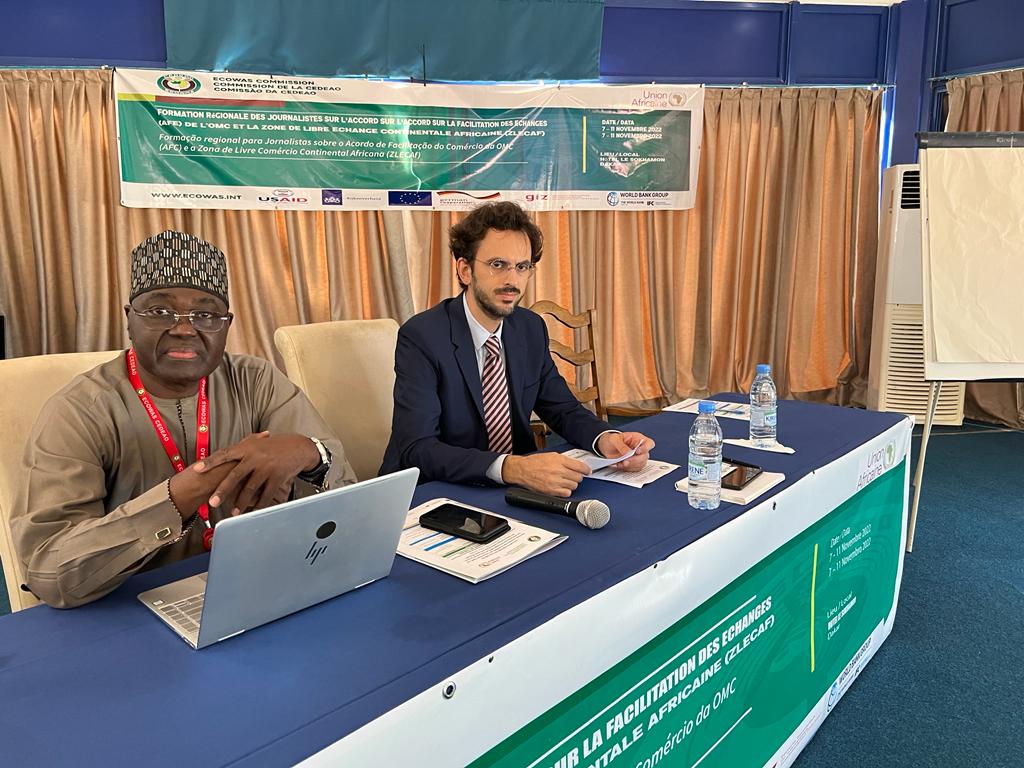