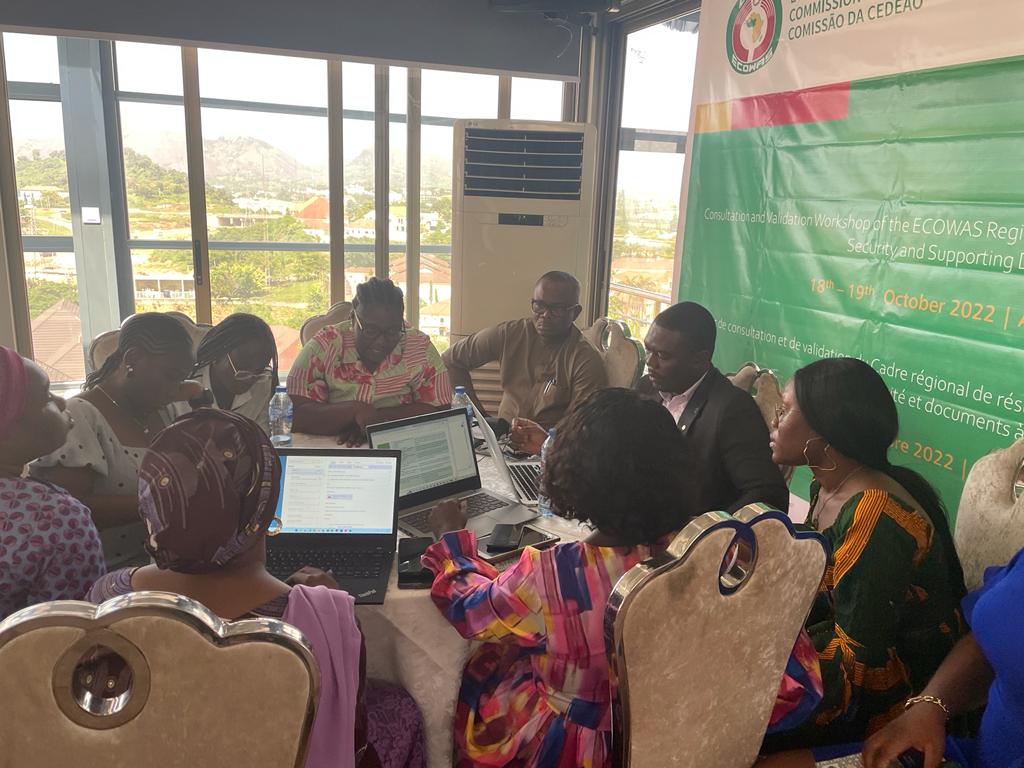 Abuja, October 20, 2022 – The ECOWAS Commission held an Experts’ Consultation Workshop in Abuja, Nigeria from 18-19 October 2022 to validate the simplified African Union’s Continental Results Framework (CRF) on Women, Peace and Security for West Africa. The CRF was developed in response to the gaps in monitoring and reporting the progress of the implementation of the Global Women, Peace and Security (WPS) Agenda in the Continent. The Workshop, therefore, was organized to commence the full implementation of the CRF on Women, Peace and Security in West Africa in order to accelerate the delivery of WPS commitments through systematic and sustained monitoring and reporting by Member States.

In her Welcome Remarks, the Director of Humanitarian and Social Affairs, ECOWAS Commission, Dr. Sintiki Tarfa Ugbe, welcomed participants to the Workshop on behalf of the ECOWAS Commissioner for Human Development and Social Affairs Prof. Fatou Sow Sarr. According to her “the success of the Women, Peace, and Security (WPS) agenda is dependent on its implementation at the international, regional, national, and sub-national levels. The past years have borne witness to systematic and coordinated efforts towards the implementation, across all levels, of the WPS agenda which comprises the UNSCR 1325 and nine other related resolutions aimed at comprehensively preventing and resolving violent conflicts and ensuring (amongst other aspects) the protection of women’s rights and enhancing their participation and leadership in conflict prevention, resolution, peace-building and post-conflict reconstruction.”

She further added that the resolve and commitment to the WPS Agenda in West Africa is evidenced in the localization of UNSCR 1325 and other related resolutions with several Member States developing National Action Plans for implementing UNSCR 1325. Despite challenges by several recurring and emerging traditional and non-traditional factors including the proliferation of violent conflicts, extremism, pandemics, climate change and other threats to security and stability that have impacted women and girls in the region, she stated that the ECOWAS Commission, Member States, Development Partners, Experts and other actors continue to work to put in place structures to ensure the realization of the goals of WPS.

She noted that “the African Union (AU) explicitly recognized that a key gap in the implementation cycle of the WPS agenda was the absence of a Standardized Monitoring and Reporting Framework; which led the AU in 2018 developed a Continental Results Framework (CRF) to guide implementation and provide a basis for reflecting on obstacles, progress recorded, opportunities, and challenges in the implementation of the WPS agenda. On its part, ECOWAS with the mandate to operationalize the CRF in West Africa with guidance from the Office of the AU-Special Envoy (AU-OSE) on WPS further domesticated and attempted to simplify the CRF as well as develop a Roadmap that would enable its full operationalisation and utilisation by Member States. The process was supported by the ECOWAS Peace and Security Architecture and Operations (EPSAO) Project, co–funded by the European Union and the German Federal Ministry for Economic Cooperation and Development (BMZ) and implemented by GIZ.”

She stated that the simplified CRF tool was designed to track progress towards the WPS agenda at the regional and national level has 41 indicators divided into 2 categories and training events on how to deploy the CRF tool for monitoring and reporting by Member States will start by 2023. She assured that the ECOWAS Commission will continue to uphold its commitment to the WPS agenda through its various programmes around evaluating and developing a third-generation Regional Action Plan, operationalizing the CRF and as well as institutionalizing and operationalizing FemWise-West Africa.

In her brief remark, the WPS Embedded Expert- GIZ/EPSAO, Mrs. Tamwakat Elizabeth Golit, who spoke on behalf of GIZ, thanked the Experts for finding time to attend the Workshop and appreciated ECOWAS Commission for their diligence in exploiting ways to simplify the Continental Results Framework for monitoring and reporting Women, Peace and Security in the sub-region. She said that ECOWAS Commission is being supported in this process through ECOWAS Peace and Security Architecture and Operations (EPSAO) Project, co–funded by the European Union and the German Federal Ministry for Economic Cooperation and Development (BMZ) and implemented by GIZ. She stated the commitment of GIZ towards the operationalization and institutionalization of the Framework in recognition of the important role of women in Peace and Security.

The two-day hybrid event which ended on 19 October 2022 with the validation of the Simplified African Union’s Continental Results Framework (CRF) and Roadmap which will serve as guidance for the implementation and reporting of WPS programmes in the region. Apart from the validation, participants made useful suggestions and recommendations towards operationalizing the African Union Continental Results Framework Monitoring and Reporting on the Implementation of the Women, Peace and Security Agenda in West Africa. Some of the outcomes and recommendations of the Workshop are as follows: that the ECOWAS Commission ECOWAS with the support of the EPSAO Project should finalize and publish the validated documents; that the validated simplified CRF should be further adapted at the Member States level, including simplification of language and translation into local languages, for popularization; and that summary versions of the validated simplified CRF should be prepared, to serve as Briefing Aids in advocating with Policy Makers in Member States.

Participants at the Workshop include staff of the ECOWAS Commission from the Departments of Human Development and Social Affairs; Political Affairs, Peace and Security, WPS Focal Persons from the Member States and selected Independent Professionals in Gender and WPS. 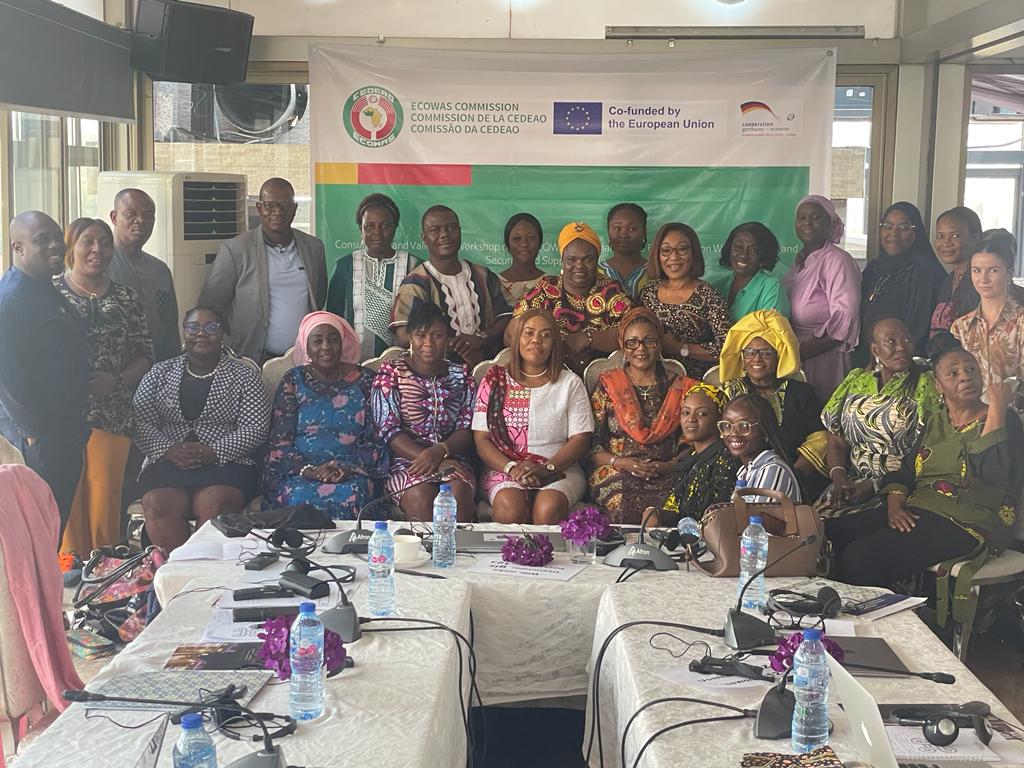 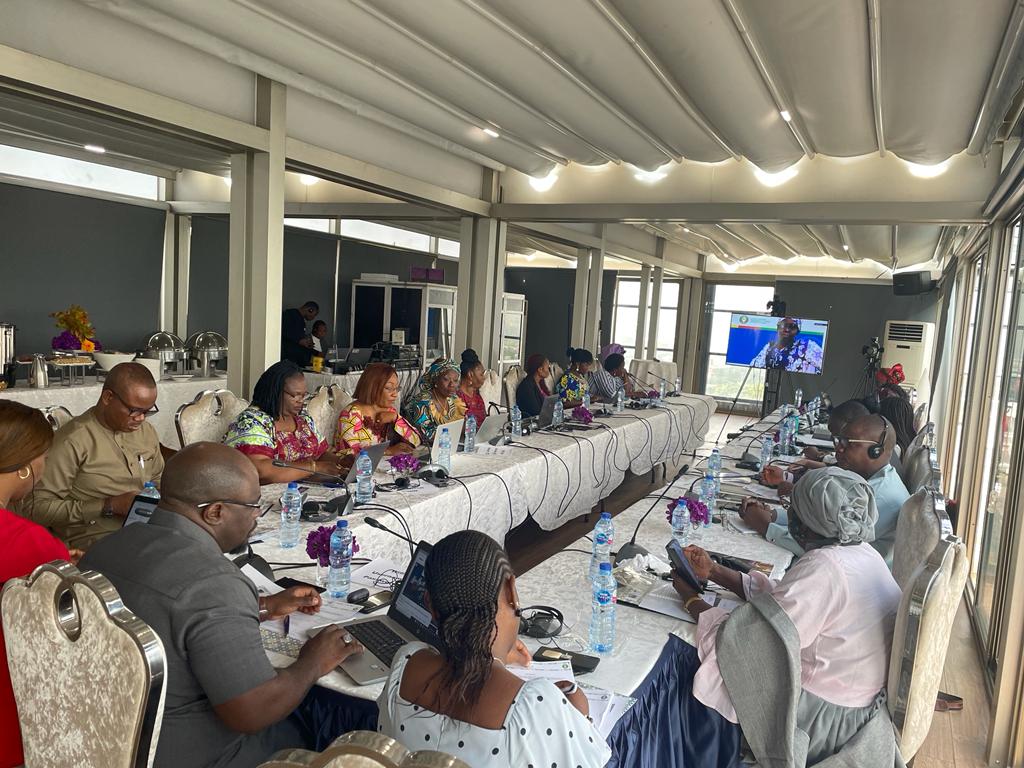 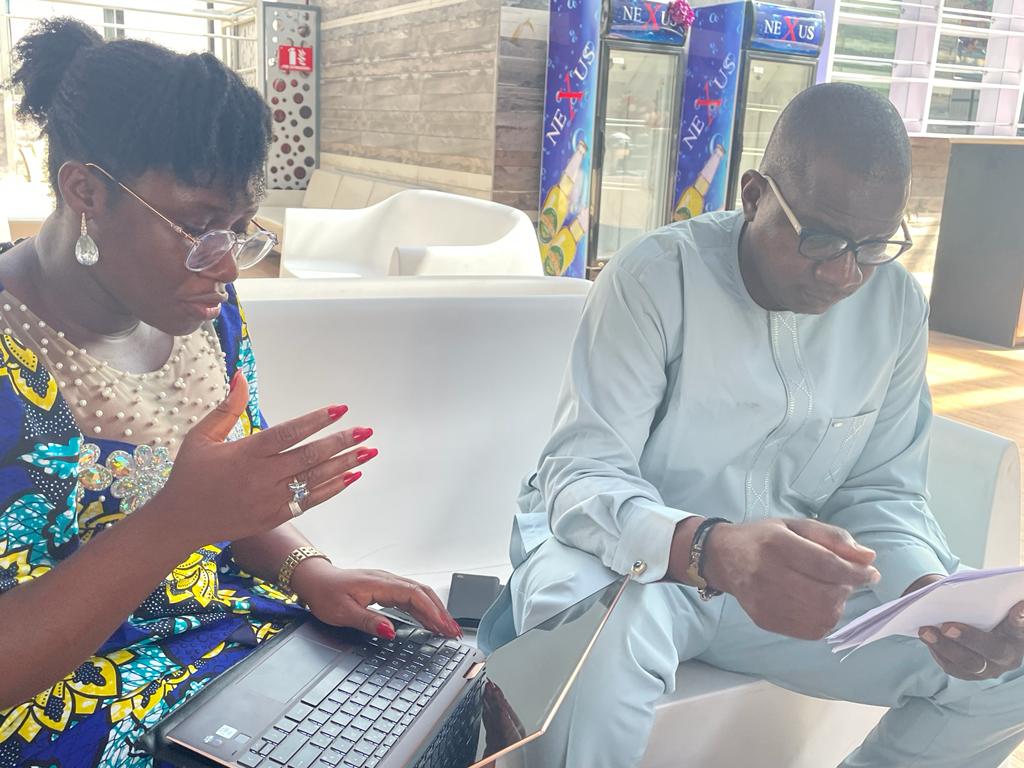