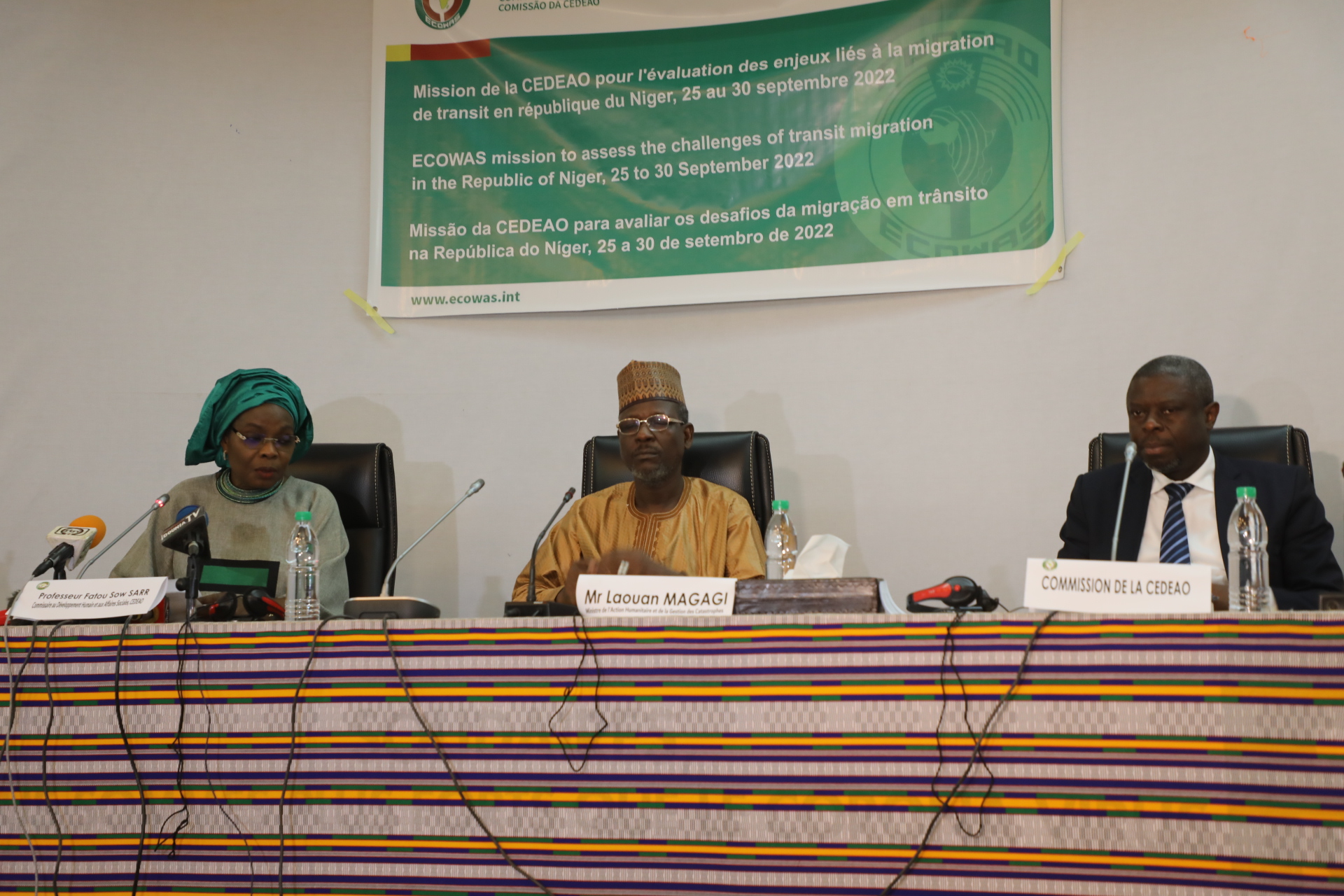 In response to the situation of thousands of migrants stranded in Niger, the Commission of the Economic Community of West African States (ECOWAS) deployed a high-level humanitarian mission to Niamey. The mission is led by Prof. Fatou Sow Sarr, ECOWAS Commissioner for Human Development and Social Affairs and is expected to come up with an appropriate recovery and reintegration plan for the migrants.

The team comprised of ECOWAS experts and representatives of the most affected Member States (Guinea, Nigeria, Mali, Senegal, Cote d’Ivoire, Niger, Burkina Faso, Liberia, Gambia, Sierra Leone and Benin) and has been in Niamey since 26 September 2022, with the support of the International Office for Migration (IOM). The mission’s activities began on Tuesday, 27 September with a visit to the Agadez migrant centre, followed by a meeting at the Agadez governorate with the authorities in charge of the vast region in the north of Niger along the borders with Algeria, Chad, Libya and Mali, which is facing a massive flow of migrants expelled from Algeria and Libya to a lesser extent.

During the visit to the Agadez centre run by IOM, Prof. Fatou Sow Sarr accompanied by H.E. N’dri Guillaume Gnamien, the ECOWAS Resident Representative to Niger, held discussions with the Niger Minister of Health, Mr Illiassou Mainassara and the Governor of the Agadez Region, Mr Magagi Maman Dada, who also came to inquire about the conditions of stay of migrants being cared for by the United Nations specialised agency on migration issues.

The mission’s programme also includes a two-day round table, which will take place on 28 and 29 September 2022, between ECOWAS, representatives of the most affected Member States, IOM and the Nigerien authorities to share views and discuss sustainable and effective strategies to ensure proper care for migrants in Niger, as well as their return and reintegration in their country of origin.

In her opening statement, Prof. Fatou Sow Sarr, expressed concern about the number of women and young children among the migrants and the number of people who have lost their lives during their attempt to migrate or during their expulsion from Algeria or Libya. She commended the efforts of IOM, which is working with the Nigerien authorities to receive the migrants and repatriate them to their respective countries. “The ECOWAS Commission is ready to support Member States in order to meet the challenges related to irregular migration of citizens of the region,” concluded Prof. Fatou Sow Sarr.

Speaking at the opening ceremony, Niger’s Minister of Humanitarian Action and Disaster Management, Mr Magagi Laouan, welcomed the efforts of ECOWAS and its technical and financial partners, in particular the IOM, for their support in managing the migration crisis in the West African region, as well as their support to Niger in taking care of the migrants.

It is worth noting that Commissioner Fatou Sow Sarr and H.E. N’dri Guillaume Gnamien attended the opening of the round table on the financing of Niger’s 2020-2035 national migration policy and its first five-year action plan, chaired by H.E. Ouhoumoudou Mahamadou, Prime Minister of Niger, on the morning of Wednesday, 28 September 2022.

At the end of their mission to Niger, the experts and representatives of the Member States present in Niger will draw up an action plan and make recommendations to the ECOWAS authorities, Member States and partners in order to propose appropriate short, medium and long-term solutions for the proper management of transit migration in Niger. 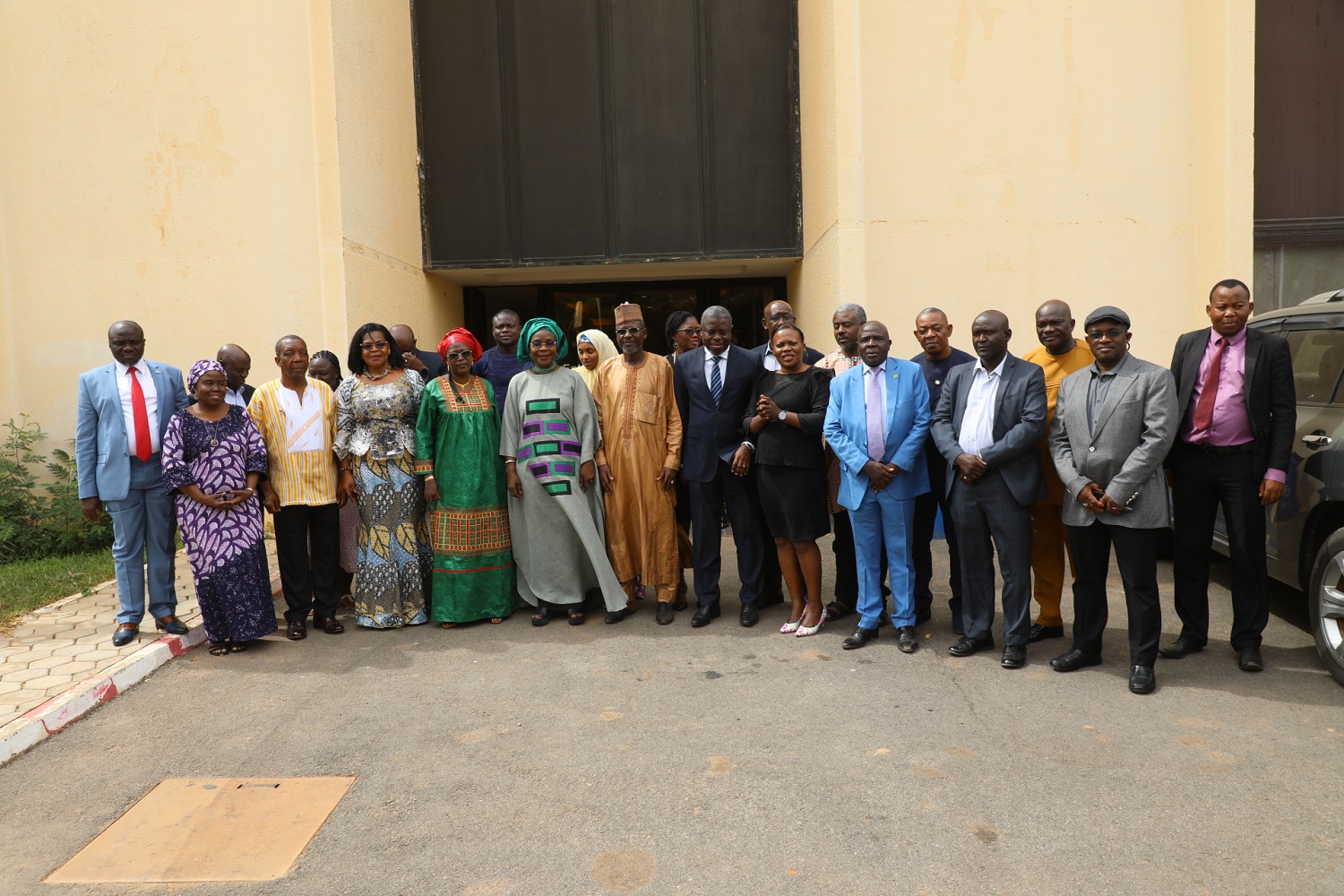 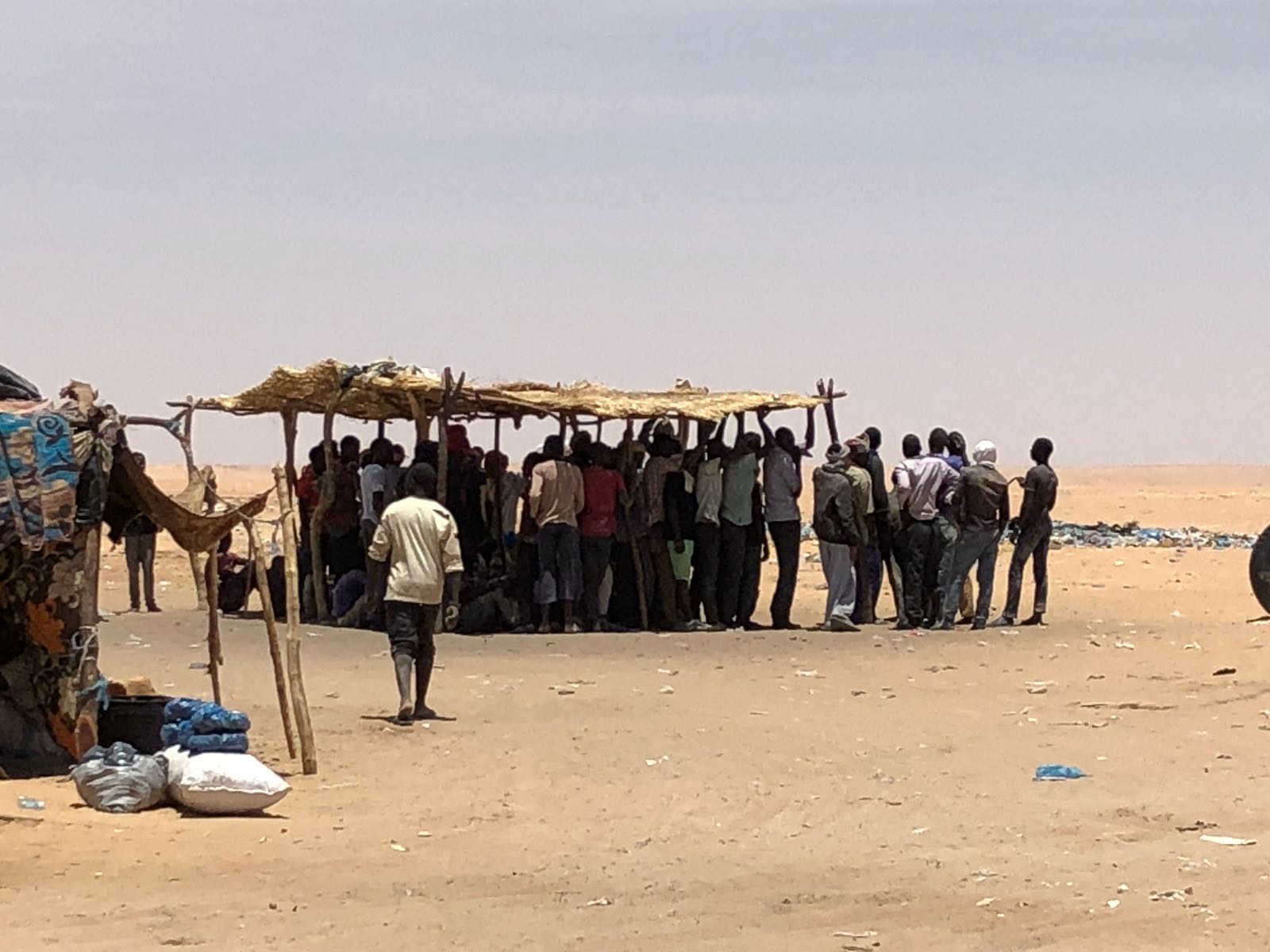