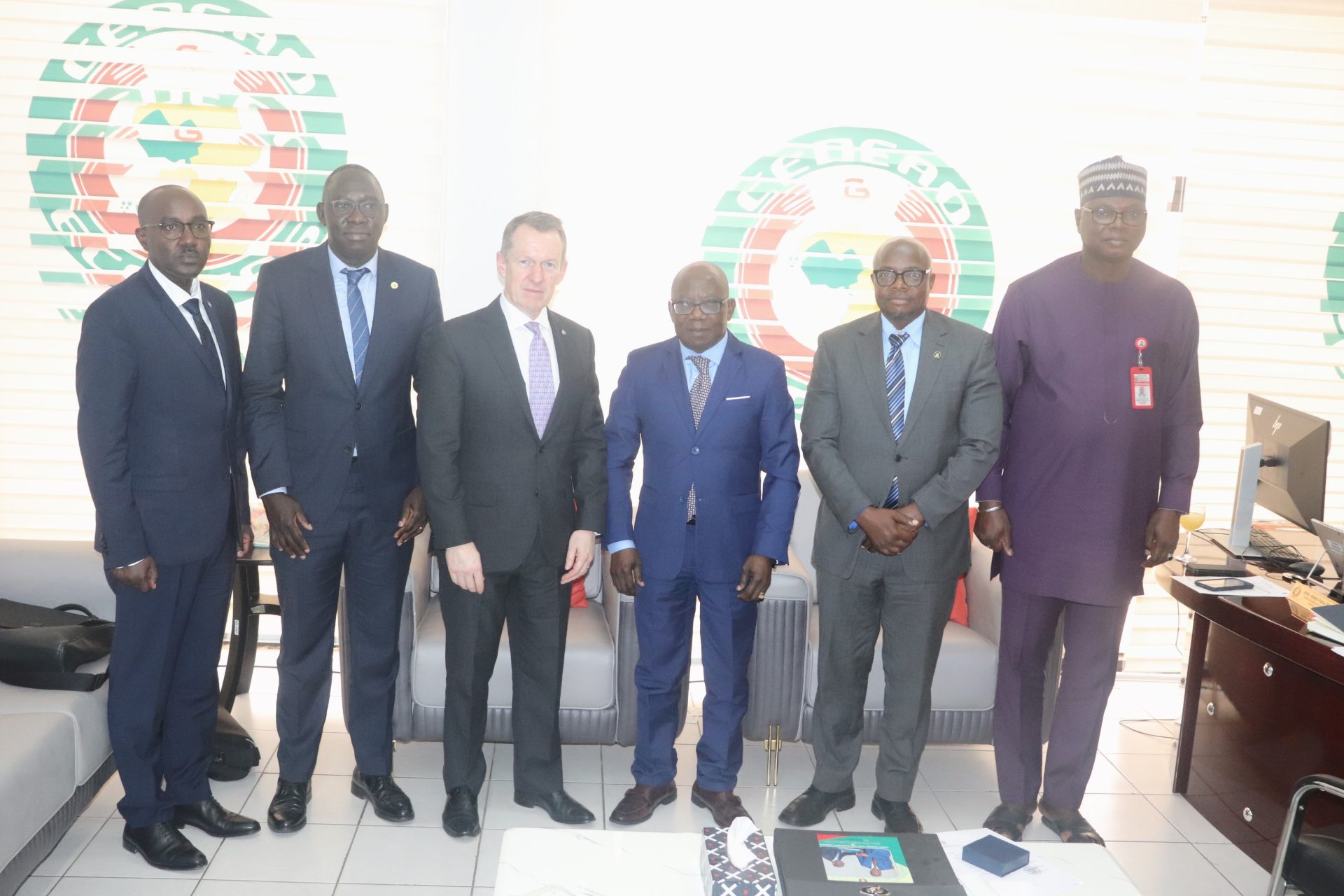 ECOWAS and INTERPOL discuss cooperation on security challenges in the region.

An INTERPOL delegation led by the Executive Director of Police Services, Mr. Stephen KAVANAGH, paid a working visit to Ambassador Dr. Abdel-Fatau MUSAH, Commissioner for Political Affairs, Peace and Security of the ECOWAS Commission on January 17, 2023, in Abuja.
This meeting is part of a series of INTERPOL visits to strengthen cooperation and review ongoing activities with ECOWAS and other institutions in Nigeria.

Mr. KAVANAGH was accompanied by Mr. Theos BADEGE, Assistant Director IT Services, Richard GOTWE, Head of the West Africa Police Information System (WAPIS) Programme, Mohamed Yansaneh, WAPIS Programme Coordinator at the ECOWAS Commission.
Mr. KAVANAGH thanked the ECOWAS Commission for its efforts in the fight against cybercrime, counterterrorism, illegal migration in the region and praised the leadership of commissioner Abdel-Fatau in the WAPIS project.

Commissioner Abdel-Fatau Musah, on his part, indicated that 2023 is a year marked by serious security challenges, not least terrorism, trafficking and wished to strengthen cooperation between ECOWAS and INTERPOL. The Commissioner emphasised the need for INTERPOL to work more closely with GIABA, the ECOWAS body leading the fight against money laundering and financing of terrorism in West Africa. He also called for a win-win relationship and reciprocity between third parties and ECOWAS in joint efforts to combat transnational organized crime.

Mr. Richard GOTWE, Head of WAPIS Programme, indicated that the WAPIS project is in its operationalization phase at the national level, and more than half of the Member States have the system installed and operational. He also called for the strengthening of cooperation at the regional level for the full achievement of the project’s objectives.

The Interpol visit to Nigeria’s capital ends on the 18th of January 2023.